The Curragh Racecourse has a right-handed horseshoe-shaped course over two miles with no sharp bends, with an adjoining chute feeding into the home straight which stages races of up to a mile. It has a straight three furlong run-in with an uphill finish and is regarded as one of the best and fairest racecourses in the world. 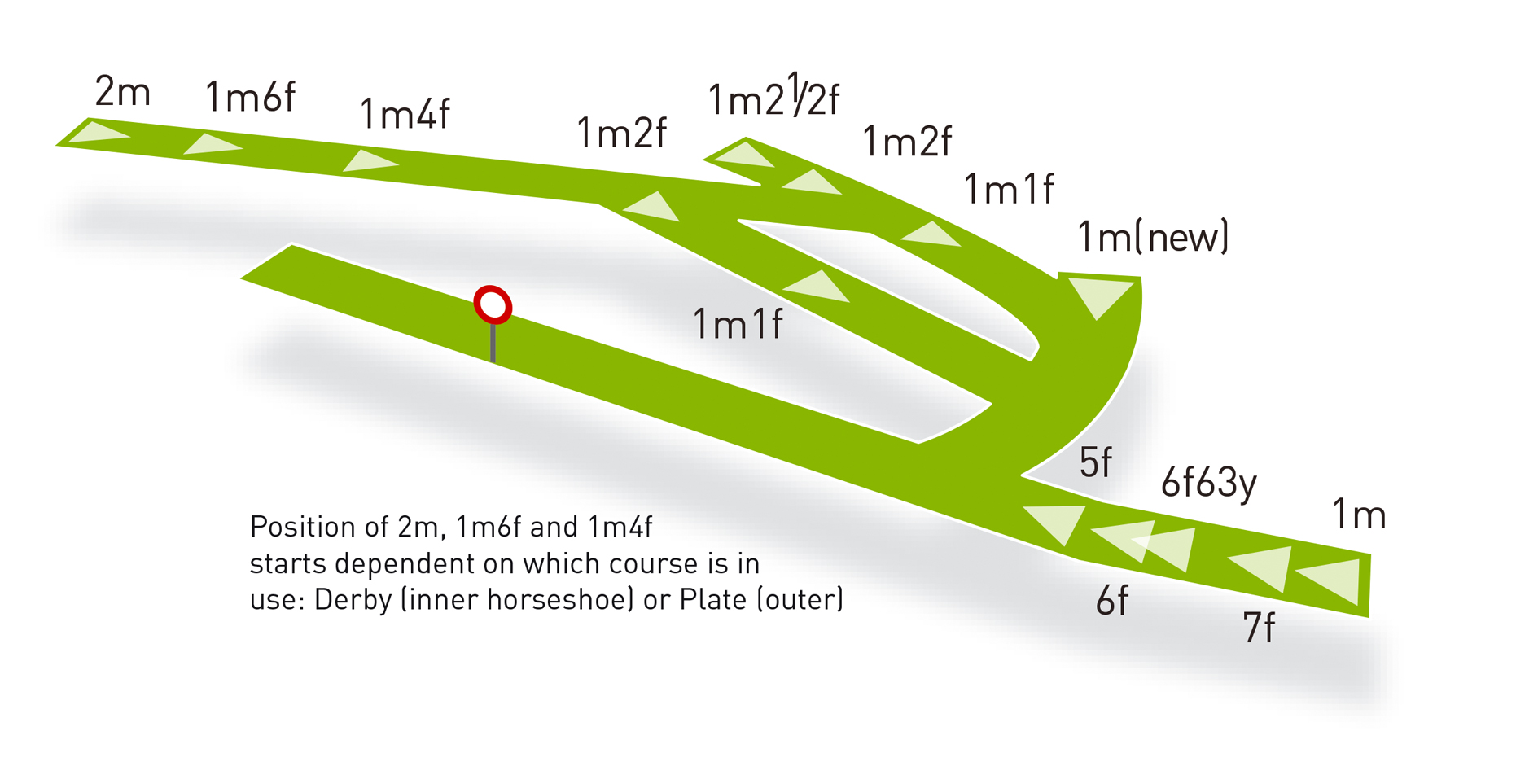