The Horseware Student Derby on Wednesday drew the curtain down on the 2022 racing season at the Curragh which witnessed some of the best horses in the world competing over 23 days of top-quality flat racing.

It was an excellent year on the track, with some of the best horses and jockeys in the world competing and being crowned champions of their divisions at the Curragh.  There were memorable performances from Classic winners Native Trail and Homeless Songs in the Tattersalls Irish 2000 and 1000 Guineas, Westover in the Dubai Duty Free Irish Derby, Magical Lagoon in the Juddmonte Irish Oaks and Kyprios in the Comer Group International Irish St. Leger. The Curragh also showcased numerous promising two-year-olds in 2022, including Group 1 winners Little Big Bear, Tahiyra and Al Riffa.

European champion sprinter elect, Highfield Princess was a particularly welcome visitor on Longines Irish Champions Weekend and her success in the Al Basti Equiworld Dubai Flying Five will live long in the memory.
Following a public vote, Johnny Murtagh was awarded the Leading Training Performance of the Year having saddled the first three placed horses in the valuable Irish EBF Northfields Handicap, while jockey Jamie Powell received the Leading Riding Performance of the Year following his success on Bossy Parker in the DMG Media Nursery, which was one of three winners for the young apprentice that day.

The Curragh supported a wide range of charitable and community events in 2022 with the objective of benefitting as many people as possible who live and work within the local and racing communities. These included several non-race day events, most notably the hosting of Relay for Life in July, which benefitted the Irish Cancer Society. This year’s relay attracted approximately 8,000 participants from the locality and raised close to €100,000 for the charity.

The Newbridge Parishes Race Day on May 2nd, the inaugural Pat Smullen Race Day in aid of Cancer Trials Ireland on 27th August, and the IRFU Charitable Trust Race Day on October 8th together raised almost €250,000 for their respective charities.

A new initiative this year saw the Curragh host the Taste of Kildare Food Fair over the two days of its Autumn Festival meeting in September which gave local producers and restaurants the opportunity to showcase their offerings and generated considerable local community engagement and a very positive response. 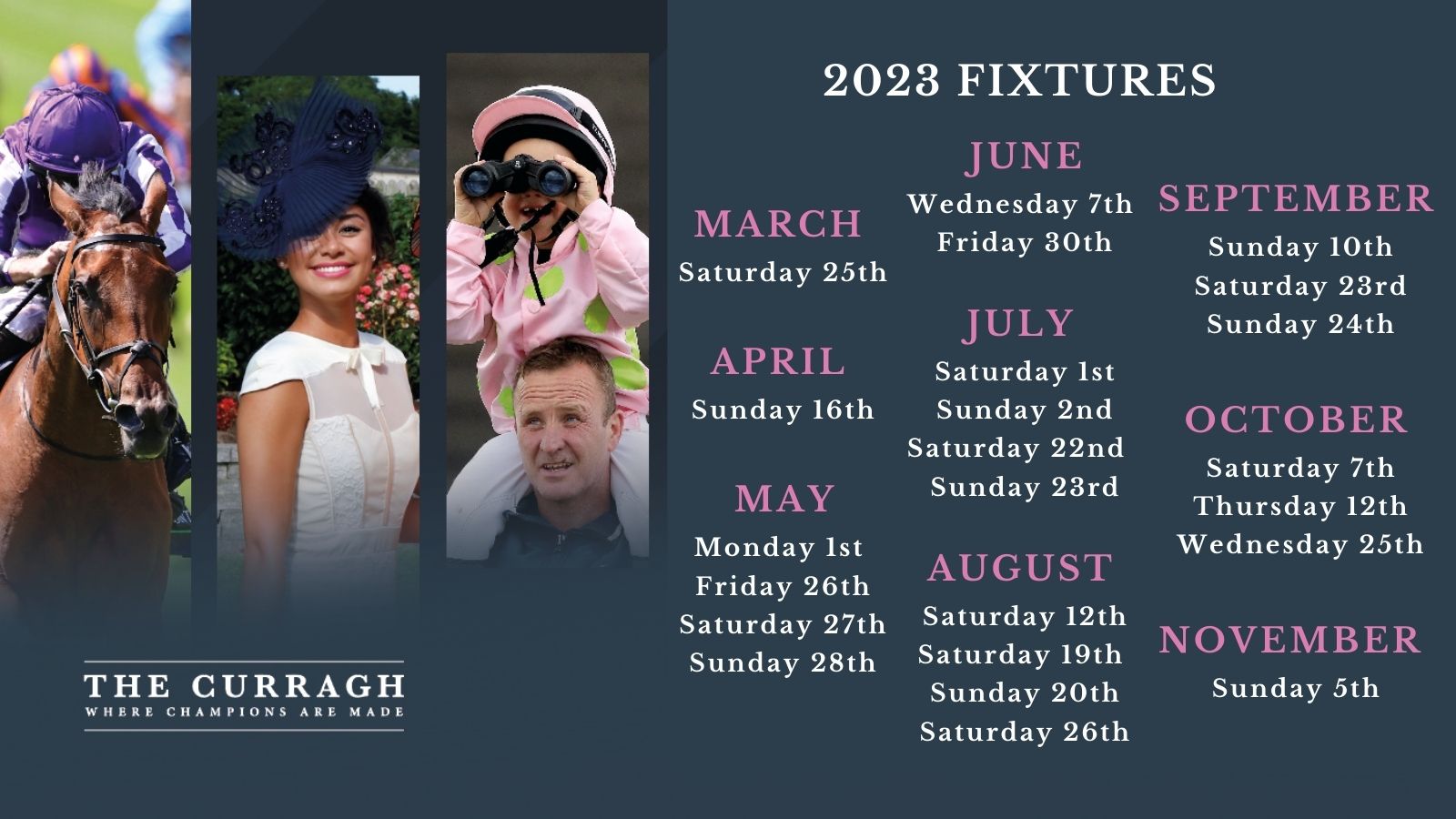